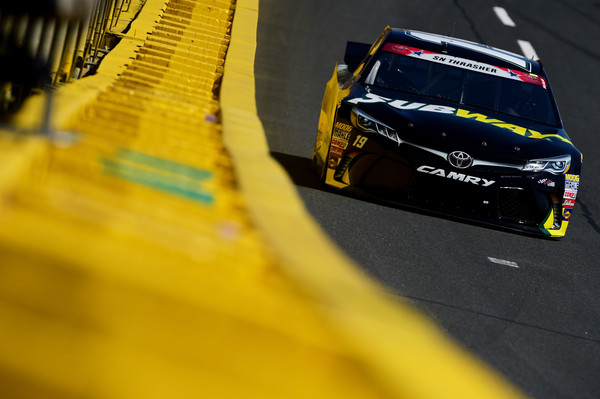 The annual event is the longest on the schedule for the NASCAR Sprint Cup Series comprising of 400 laps around the 1.5-mile Charlotte track which is the nearby home of many of the teams on the premier circuit.

Matt Kenseth began the race on the pole but teammate Carl Edwards would squeeze by him to lead the first two laps before Kenseth finally retook the lead. By the halfway point it was Martin Truex who proved he would have a car to beat.

Denny Hamlin would take the lead late in the race but a loose wheel would force him to pit road surrendering the lead to Truex while a slue of others attempted to save fuel to avoid a late race stop.

In the end it was Edwards stretching the fuel mileage to pick up his first win since the move to Joe Gibbs Racing.