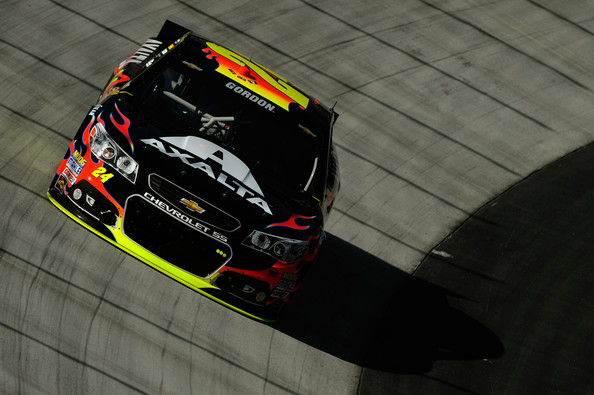 Jeff Gordon’s crew chief Alan Gustafson took the blame for a late pit stop at Homestead which cost the driver of the No. 24 Chevrolet a chance to win the Ford EcoBoost 400.

“Really, the error was made, I stayed out when the majority of the field pitted and that put us in a bad situation,’’ Gustafson during an appearance on SiriusXM NASCAR Radio’s “The Morning Drive.’’. “Jeff felt like (on the following caution) we weren’t in a very good position to succeed, so we made a decision to come pit.”

Gordon was leading the race when the a caution came out with 19 laps to go. He stayed out but would later pit in a move that left fans confused ultimately allowing Kevin Harvick to win the race while Gordon only worked his way up to 10th.

“Really the first stop, when us and Denny (Hamlin) and … a few other cars stayed out, that was the one that really hurt us. That’s on me. It was a mistake I made. I tried to keep the track position. I felt like that was going to be the highest percentage decision and it ended up not being. That put us behind unfortunately. I think we had the best car. The team deserved to win the race. It was a bad decision from my part and I’m going to learn from it.”

“It would be really easy for me to make a lot of excuses and say, ‘Hey there’s a lot of circumstances that play into it – and there are and it is a very tough thing to do – but that’s my job and in that situation I feel like I didn’t do it to the best of my capabilities.’’