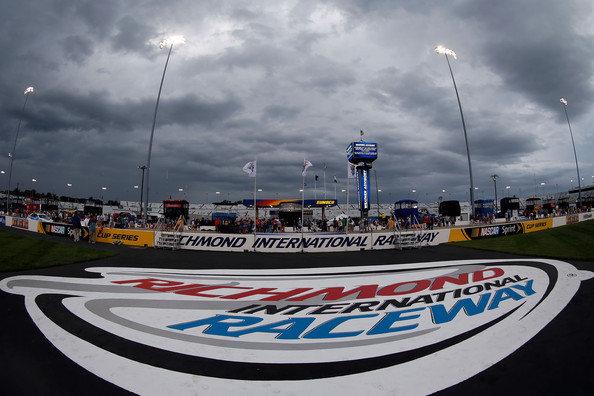 NASCAR heads to Richmond International Raceway this weekend for racing action at the 0.75 d-shaped oval in Richmond, VA. The Nationwide Series will run on Friday evening for the Virginia529 College Savings 250, while the Sprint Cup Series will take the track on Saturday evening for the Federated Auto Parts 400.

This is the last regular season race before the Sprint Cup series Chase begins! Will a new driver win Saturday night to clinch their spot in NASCAR’s post season Championship races?

The Camping World Truck Series is off this weekend.

Inside this post you will find all the practice schedules, qualifying schedules and start times for this weekends Richmond NASCAR races. You will also find the Richmond TV schedule, and weather at Richmond International Raceway this weekend if you will be watching the race in person.