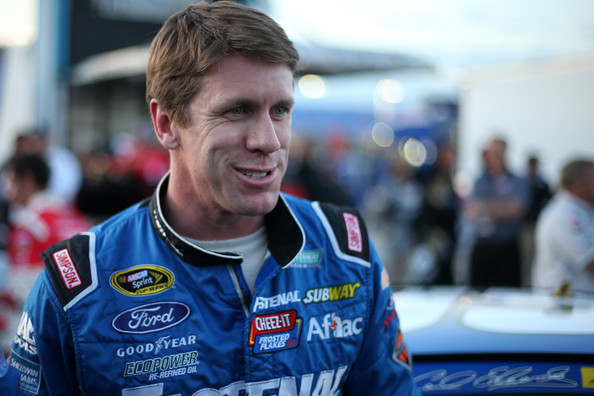 Carl Edwards is still considering options for the 2015 season but current speculation is that the driver of the No. 99 Ford Fusion could be heading to Joe Gibbs Racing.

To add to that, M&M’s could become his primary sponsor.

Gibbs has long recruited Edwards and according to Lee Spencer of Motorsport they have stepped up efforts in recent weeks.

Some would argue that it would be odd to see Edwards driving for a candy company but lets be honest. Edwards has long driven for other brands such as Cheez-It and Frosted Flakes which can hardly be considered the healthiest of options.

If M&M’s were to appear on Edwards’s car that could pave the way for Monster to be a regular sponsor of Kyle Busch at the Cup series level. They have long sponsored his Nationwide Series cars.

Sooner or later this whole thing will be sorted out.