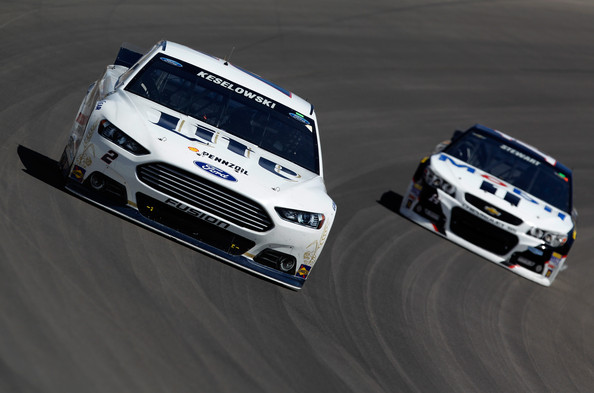 The driver of the No. 22 Miller Lite Ford Fusion was the first to take the checkered flag ahead of Earnhardt Jr. and Paul Menard. Sunday’s running of the Kobalt 400 (formerly the Kobalt Tools 400) was the first 1.5-mile race of the season.

Keselowski ran down Earnhart Jr. and slipped past him on the final lap after Earnhardt ran out of fuel on the backstretch.

The win all but ensures that Keselowski will be in the Chase. He did not win until race No. 31 at Charlotte last year.