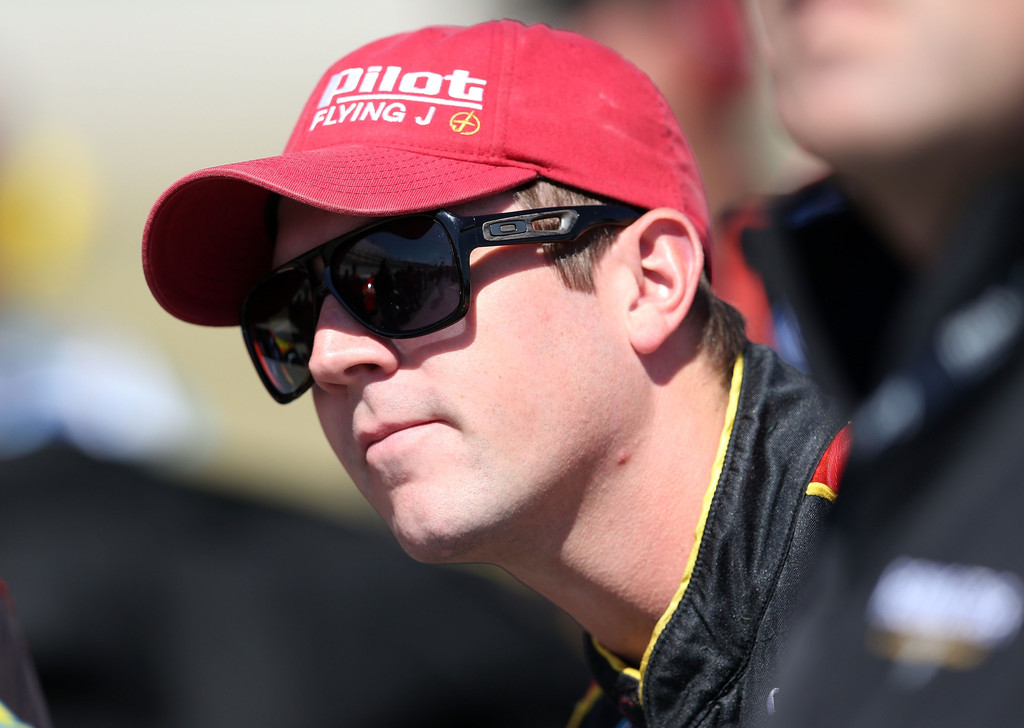 Michael Annett had hoped to return to the No. 43 car of Richard Petty Motorsports at Talladega. That will not happen as a scan last week revealed that the bones and plates on Annett’s sternum were not fusing as fast as the driver had hoped.

Annett’s surgeon had told him it would be two or three months before he would get back behind the wheel of a racecar after he was injured in a crash at Daytona International Speedway.

“Physically, I still felt like I could have gotten in the car at Richmond, still feel like I can get in at Talladega,” Annett told NASCAR.com. “He’s not worrying about me physically being able to do it. It’s just in case something goes wrong, if the plates and everything he’s put in there aren’t willing to withstand a hard hit like that. It’s not so much keeping me out, because I can do it. It’s in case something goes bad, it hasn’t grown back enough to where it would be able to hold that.”

Annett is now targeting a return at Charlotte for the May 25th race.

Reed Sorenson will continue to drive Annett’s car during his extended time away. Last week at Richmond he recorded a season best 10th place finish.