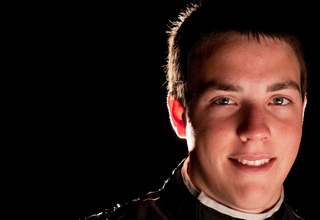 Alex Bowman will make the jump to the NASCAR Nationwide Series in 2013 with eyes set on winning Rookie of the Year honors. Bowman will drive the No. 99 Toyota Camry for RAB Racing with Brack Maggard for the complete Nationwide season.

“I am really looking forward to driving the No. 99 Toyota full-time in 2013,” said Bowman. “In the two races that I drove for RAB Racing last year, I saw the potential that exists and we have the opportunity to make 2013 a really special year. They have a strong group of guys that build great Toyota Camrys. I know that Robby (Benton, team owner) has spent a lot of time and effort over the offseason to make the team even stronger, and I feel that we can compete not only for Rookie of the Year honors, but for solid finishes week in and week out.”

Last season Bowman also ran four Nationwide Series races, two of which came for RAB Racing. His best finish was a 15th place run at Phoenix in the No. 99 car. He also made two starts for Turner Motorsports in the No. 30 car.

Chris Rice will operate as the crew chief of the car. Rice has been with the team since 2010.

Sponsorship for the car will be announced at a later date.