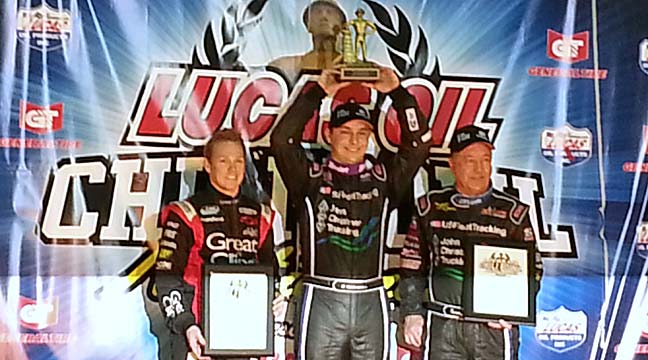 Kevin Swindell is making the Chili Bowl his playground. The 23-year-old driver claimed his fourth straight Golden Driller as he won the 2013 Chili Bowl. Father, Sammy Swindell finished as the runner up for the third straight year.

The win marks the ninth time a Swindell has won the Chili Bowl.

A total of 268 drivers competed in the event. In total 32 states were represented along with the countries of Canada, Australia and Finland.