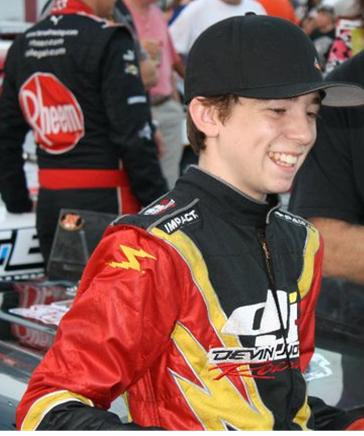 Devin Jones will make his debut in the NASCAR Camping World Truck Series at Martinsville in 2013. The 18-year-old Jones will drive the No. 35 VeriStor Chevrolet for Young Motorsports.

“I’m excited to embark on the next step in my racing career,” said Jones. “We’re going to take it slow and be smart about where we run. The Martinsville race is a perfect fit because of the testing we’ve done there in the Late Model Stock. I am confident we’ll have what it takes to run well as we move into the truck.

“We were up in Martinsville for the last truck race there, just to see the tempo and how the event runs,” said Jones. “I really liked that the Cup series runs the same weekend. That makes it even more exciting, not to mention the great additional exposure for my sponsors with live TV and radio coverage.”

Jones will run only a handful of races in 2013 so he can keep his eligibility for the 2014 Rookie of the Year award.