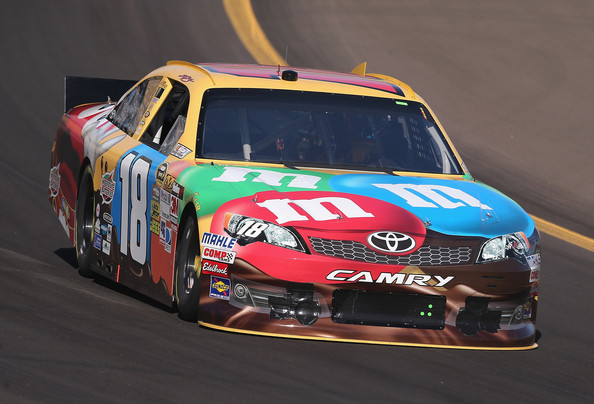 The drivers are at Phoenix International Raceway for the AdvoCare500k, the second to the last race of the NASCAR Chase and subsequently the season. Kyle Busch is starting on the pole at Phoenix, his second of 2012 and the eighth of his career.

Jimmie Johnson, currently the points leader entering today’s race struggled during qualifying and is starting in 24th position, while Brad Keselowski will be starting in 14th.

NASCAR heads to Homestead Miami Speedway next weekend to finish out the season and crown their Champion.

Who to watch at Phoenix? It’s no surprise that we are going to say Jimmie Johnson and Brad Keselowski, is it?

Johnson won’t be starting up front… but don’t expect him to stay in the back very long. This might be only the drivers third race at the new configuration and the tracks “dog leg”, but we will probably see both Johnson and Keselowski up front relatively soon after race start. And don’t forget about Kyle Busch – he will be a solid contender against both title hopefuls for the win today.

Other notes about today’s race, David Reutimann will be making an appearance with the new team XXXtreme Motorsports and Regan Smith will be making his first start in the No.51 of Phoenix Racing after not having a ride the last two weekends.

Fast Fact: Drivers who have qualified in the Chase have been the only drivers to win a race in the Chase thus far.