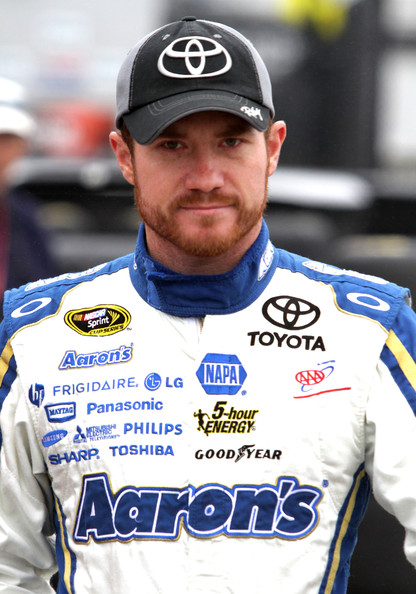 Brian Vickers, who has been driving a partial schedule for Michael Waltrip Racing this season will be back in 2013 with a full time ride in the NASCAR Nationwide Series. Vickers, 29, will drive the No. xx Nationwide Series car for Joe Gibbs Racing.

There had been rumors for weeks that Vickers had signed with JGR though neither side publicly confirmed the contract. In 2012 Vickers appeared in 8 races for Michael Waltrip Racing at the Sprint Cup level and earned five finishes inside the top-ten.

“I am fortunate to have raced with Dollar General before, and I am so excited to be reunited with Rick (Dreiling) and everyone involved with their program,” said Vickers in a press release. “Dollar General is a tremendous company, and its support and enthusiasm for racing is outstanding. I’m very happy to stay in the Toyota family, and when you look at the Nationwide Series over the past several years, no team has dominated like Joe Gibbs Racing. Hopefully we’ll be able to get Dollar General, Toyota and JGR a Nationwide Series Championship next season.”