US Olympic skater Simon Cho admitted today to tampering with a Canadian rivals skates but claims he did it under pressure from his coach Jae Su Chun.

Chun denies that he had anything to do with the matter but remains suspended. 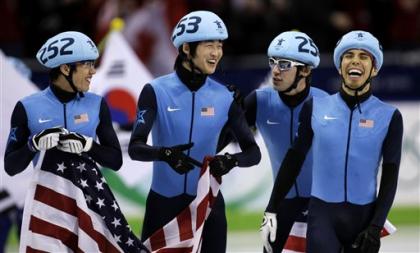 Although the skate belonged to Olivier Jean, I had no intention to single him out,” Cho said in the statement. “It was the biggest mistake of my life and one that I regret with all my heart. I apologize to Olivier and the Canadian team – I have great respect for Olivier and the Canadian team and have never held any bad feelings toward them. I also apologize to all those involved in speedskating for my poor judgment and bad sportsmanship.”

“I am deeply embarrassed and sad to confirm certain allegations that have been made in the arbitration demand brought by a group of my fellow speed skaters against U.S. Speed skating and the coaches,” Cho said in a statement issued by his attorney Friday morning.

U.S. Speed skating has scheduled a press conference later Friday, presumably to discuss findings of an independent investigation of Chun.