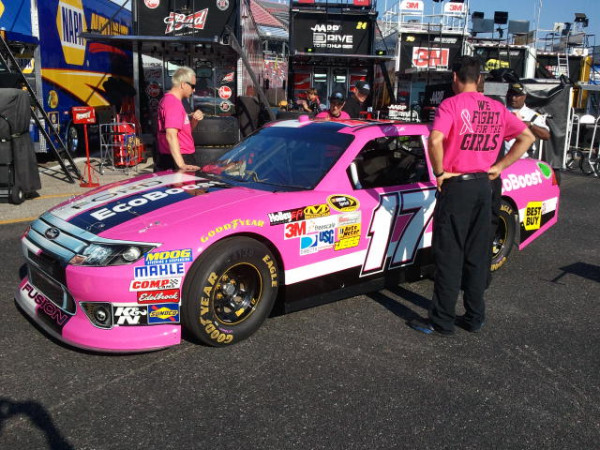 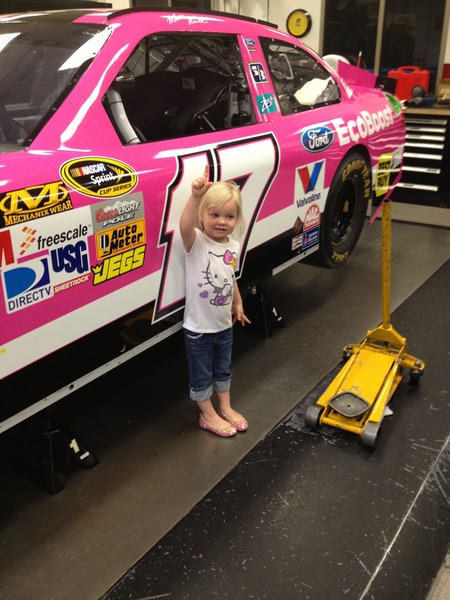 The No. 17 Ford Fusion driven by Matt Kenseth will be pink this weekend. The pink ride came about through a partnership between Roush Fenway Racing, Talladega Superspeedway and the National Breast Cancer Foundation.

October is breast cancer awareness month, and Talladega Superspeedway chairman Grant Lynch said the speedway felt it was important to recognize it with there race being the first weekend of month. He said, ““We reached out through our NASCAR channels to help spread the word and Matt’s team jumped at the opportunity to help out.  We’re excited to work with a championship team and organization to help promote the efforts of the National Breast Cancer Foundation.”

With October being Breast Cancer Awareness Month, we were able to get support from Ford to help raise awareness and funds for the National Breast Cancer Foundation and I’m happy to help support the cause.”Kenseth said.

Kenseth also took the time to post a few photos of the car and his daughter Kaylin on twitter.

[The photos themselves are adorable]

In addition to the pink car, Kenseth’s crew will wear shirts that read “We fight for the Girls” this weekend.

Kenseth has fallen out of contention in the NASCAR Sprint Cup Series Chase but is considered a strong threat to win this weekend. He won the Daytona 500 earlier this season. 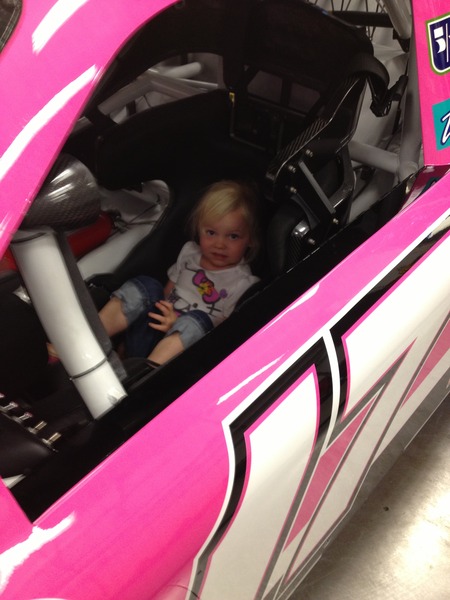