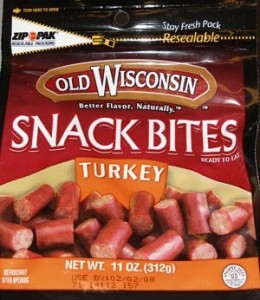 Michael Annett, driver of the No.43 Richard Petty Motorsports in the Nationwide Series (NNS) will have yet another snack gracing his car come the race at Atlanta this fall.

Pilot Flying J currently carries a variety of the family-owned Old Wisconsin products in its 600 retail locations across North America.

Annett debuted another snack on his car at Indianapolis Motorspeedway, do you remember that one?

Annett is currently 6th in the NNS standings, -109 points behind leader Elliott Sadler. He has eight top tens and four top fives this season.