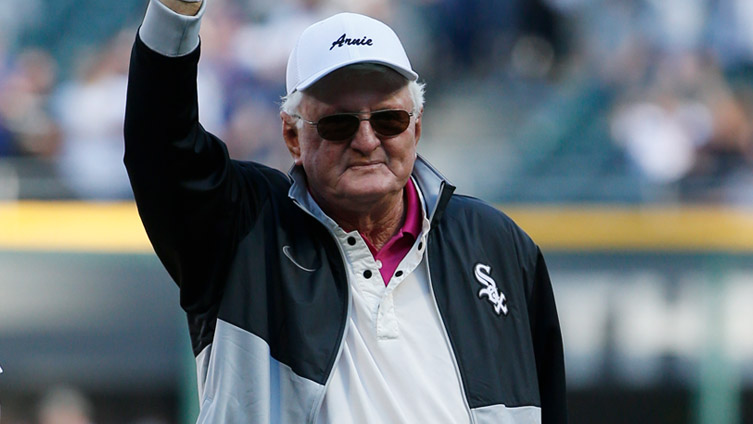 Ken “Hawk” Harrelson has been selected as the 2020 recipient of the Ford C. Frick Award.

The award is annually presented to individuals for excellence in broadcasting by the Hall of Fame.

“Oh, wow,” said Harrelson, via Scott Merkin. “I really appreciate it, but I also, I don’t know, I’ve never felt like this. I don’t know what to say except thank you.”

Harrelson will be recognized during Hall of Fame Weekend becoming the 44th winner of the award.

The longtime White Sox announcer became famous for phrases susch as “You can put it on the board… yes!” and “he gone.” Harrelson also handed out a few popular nicknames such as “The Big Hurt” to Frank Thomas and “One Dog” to Lance Johnson.

“Hawk is so deserving of this tremendous honor,” said White Sox chairman Jerry Reinsdorf in the White Sox release. “His passion for baseball is unmatched, and he has entertained generations of White Sox fans with his stories, experiences and insight.

“He cared passionately about the White Sox and like our fans, took every win and loss to heart. With his nicknames and catchphrases, Hawk changed the way people talk about baseball and even how they describe day-to-day life. Hawk deservedly joins an impressive list of great Chicago baseball announcers who have been honored by the Hall of Fame with the Frick Award.”