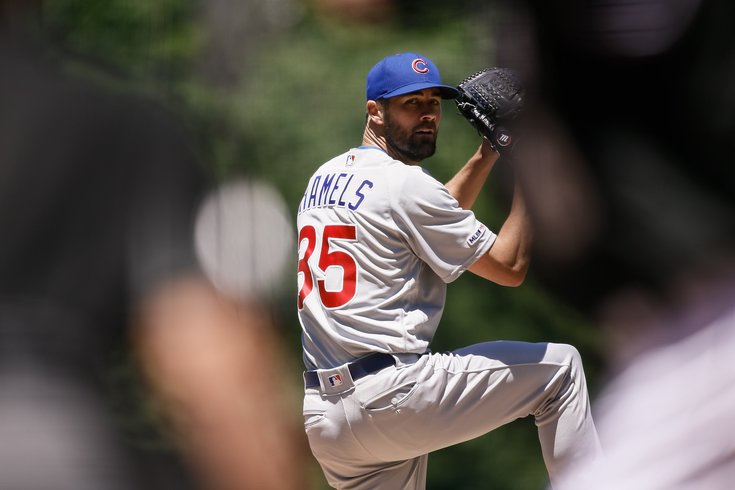 On Wednesday the Atlanta Braves came today an agreement with left handed pitcher Cole Hamels on a one-year deal.

“When it came down to it, I wanted to play on a contender,” Hamels said. “I was very familiar with the Braves. I’ve watched them in the postseason and I’ve seen what they’ve been able to create. I’ve always been following them in hopes of maybe being able to pitch with some of those guys, because they have such good young talent. I know at my stage of my career what I could provide could be beneficial.”

The Braves will not have to surrender a compensatory Draft pick after the Chicago Cubs declines to offer Hamels a qualifying offer.

“It’s very hard for me to predict what else we might do with the offseason,” Braves general manager Alex Anthopoulos said. “We’re going to use every bit of time we have to improve this club. We don’t have anything lined up over the short term.”

The Braves are said to still have interest in re-signing third basemen Josh Donaldson.

Hamels had a 3.81 ERA while pitching 141 2/3 innings over 27 starts for the Cubs this season. But his splits before and after suffering a strained oblique are noteworthy. Hamels has a 2.98 ERA prior to the injury and 5.79 after.

“Once I had the injury, I just could never establish the feel,” Hamels said. “Then I was trying to overthrow and force pitches. It was just nothing was going right.”

The signing of Hamels would seem to eliminate the Braves from pursuing Madison Bumgarner who is said to be seeking a deal in the four year range. Currently the Braves figure to have a rotation of Mike Soroka, Mike Foltynewicz, Max Fried, Sean Newcomb and Hamels.