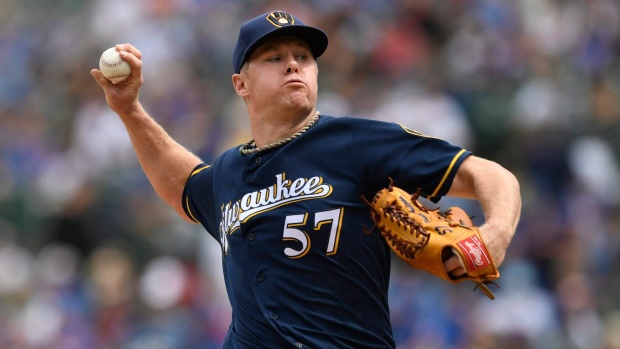 The Brewers made some maneuvers on Monday cutting their payroll by $15 million for 2020.

The team also declined a $7.5 million option on Eric Thames, paging him a $1 million buyout instead.

Last season Anderson appeared in 32 games – 27 starts – for the Brewers going 8-4 with a 4.21 ERA. The Brewers were said to be leaning toward declining his 2020 option which would have cost $8.5 million.

The Brewers also exercised a $1.85 million option on catcher Manny Pina, who would have received a $150,000 buyout if it had been declined.