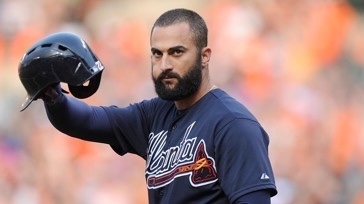 ATLANTA – The Atlanta Braves today signed C Tyler Flowers and OF Nick Markakis to one-year contracts after declining both players’ team options for the 2020 season. The club also declined RHP Julio Teheran’s team option for 2020, declined a mutual option for OF Billy Hamilton and tendered 3B Josh Donaldson a qualifying offer.

Hamilton, 29, joined the Braves from Kansas City in August last season, and appeared in 26 games for the Braves, hitting .268 (11-for-41) with four stolen bases. Hamilton had a mutual option for the 2020 season, which he exercised.