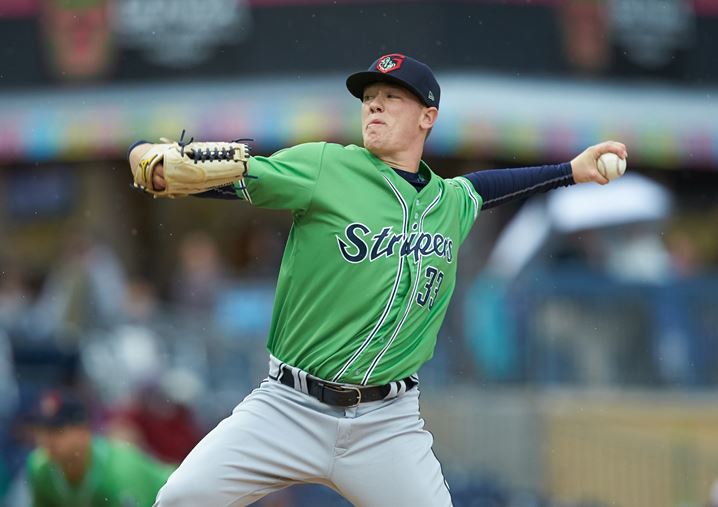 The Braves have been in need of bullpen help for much of the season and on Tuesday night the front office made a decision to send Kolby Allard to the Rangers in exchange for Chris Martin.

Allard, 21, has seen his stock drop this season after seemingly everyone wanted the left hander in the majors a season ago. He was the Braves No. 12 ranked prospect according to Baseball America’s midseason report.

The 14th pick of the 2015 draft, Allard had struggled at times this season in his return to Triple-A Gwinnett going 7-5 with a 4.17 ERA but the idea of a team trading a guy who was once considered a top-100 prospect for a relief pitcher with an expiring contract will raise eyebrowls especailly consideirng that the Braves paid over $3 million as a signing bonus to Allard after drafting him.

Martin has averaged 96 on his fast ball and has a 24/1 K.BB ratio since May 24th. Overall the 6-foot-8 right hander has appeared in 38 games posting a 3.08 ERA with 43 strikeouts in 38 innings. While he has just a handful of saves in his career, the Braves could opt to use him in a ninth inning role with the recent struggles of Luke Jackson.

“We felt he had as much upside as anybody on the trade market,” Braves general manager Alex Anthopoulos said of the move for Martinmove for Martin.

Determing whether or not Anthopoulos made a good decision to trade some of the Braves minor league depth for a rental relief pitcher will have to wait until the end of the season. Surely the Braves value of Allard had dropped this season but jettisoning him for a relief pitcher on an expiring contract does come across as an overspend.

With hours left before the trade deadline the Braves may not be done shopping. Speculation has been that additioanl arms for the bullpen could be added and perhaps even something for the rotation.

With right fielder Nick Markakis recently suffering a wrist injury that will keep him out til mid-September the Braves will have to quickly make a decision whether or not to seek an additional outfield bat or trust the position to Adam Duvall who was recalled from Triple-A. Duvall hit two home runs against the Nationals on Tuesday night and has three in four games since his call up.