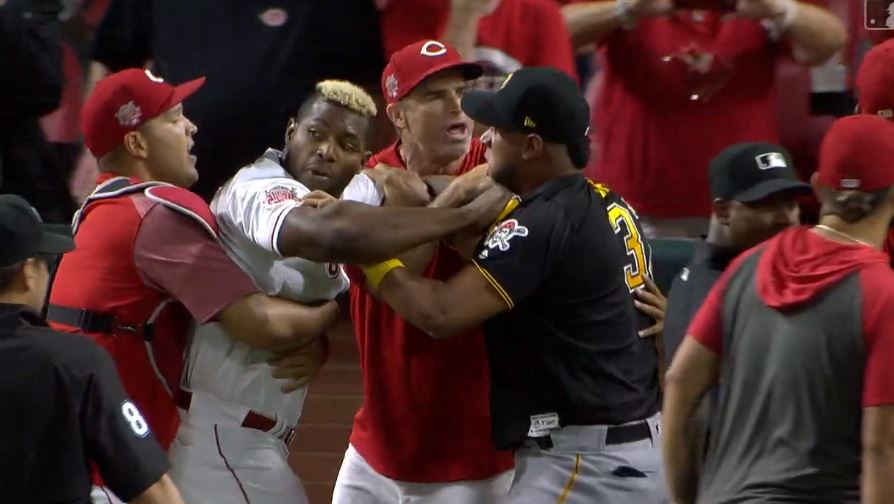 For the second time this season the Pirates and Reds were involved in a benches clearing brawl.

The incident started in a game the Pirates held a commanding lead in when Reds pitcher Amir Garrett left the mound and changed the Pirates dugout.

Tensions appeared to calm down prior to Yasiel Puig restarting the melee. Puig was traded to the Indians on Tuesday night as part of a three team deal with the Pirates which saw Trevor Bauer go to the Reds moments before this brawl started.

Reds manager David Bell who had already been ejected returned to the field and will be in line for a suspension.