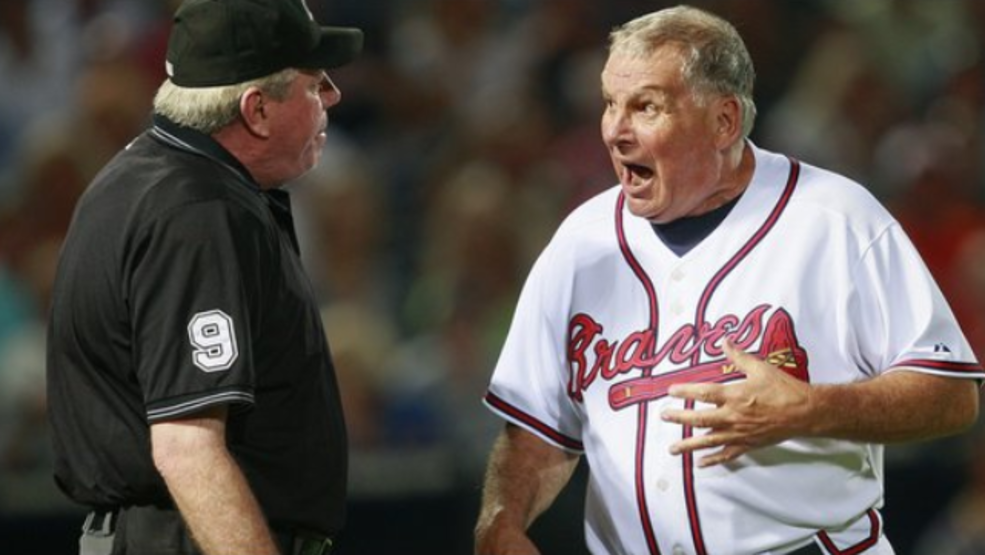 Bobby Cox was a staple of the Braves success in the 1990s though the 2005 winning 14 straight division titles and the 1995 World Series as the teams manager.

On Tuesday the 77-year-old Cox was admitted to an Atlanta-area hospital with undisclosed medical issues. The Associated Press relays that current Braves manager Brian Snitker had reached out to the family of Cox who is “very concerned” but could not share any additional details.

Cox was on-hand for Monday’s game at Sun Trust Field where the Braves defeated the Cubs 8-0. Prior to the game he shouted “Play Ball” while wearing a Braves jersey.

In additional to 2,504 wins Cox also holds the record with 158 ejections.