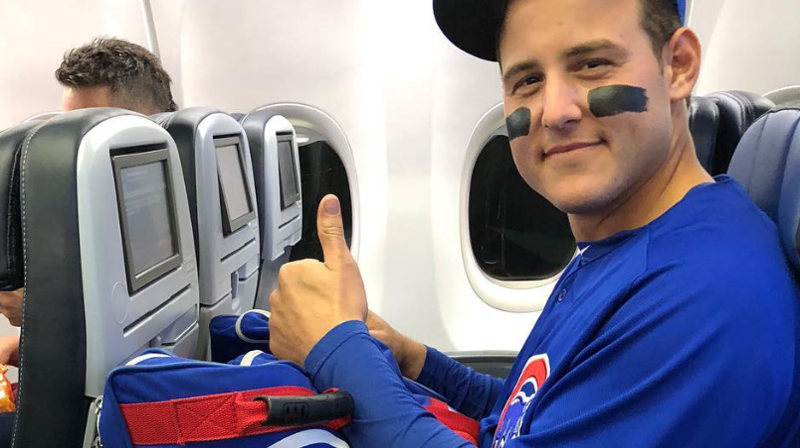 Due to rain last weekend the Chicago Cub have to spend their off day, Thursday, playing a one game series against the Washington Nationals.

After that game they will return to Wrigley Field for their scheduled series against the Cincinnati Reds.

While there could be a bunch of complaints, not all members of the Cubs are groaning. In fact first baseman Anthony Rizzo decided the best way to be ready for the Nationals was to arrive in uniform.

After Wednesday’s game Rizzo got out of his home uniform, threw on an away jersey and pants and even added his cleats so he was ready for today’s game. The Cubs currently have a 2.5 game lead over the Atlanta Braves for the best record in the National League.