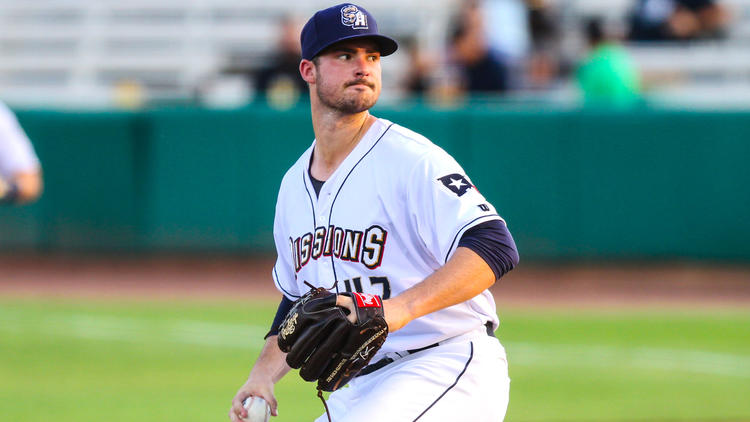 Jacob Nix is likely to be called up this weekend to make his MLB debut against the Phillies.

After long being one of the Padres top prospects, the 22-year-old Nix is ready to make his first start at Petco Park according to AJ Cassavell of MLB.com.

Nix has pitched at both Double-A San Antonio and Triple-A El Paso compiling a 1.84 ERA and a 0.90 WHIP to go with an impressive 44/9 K/BB ratio across 58 2/3 innings. Scouting reports have always made mention of Nix’s command and three pitch ability.

A groin injury and later a trip to the DL because of a non-physical ailment prevented Nix from getting into action earlier this year. He would be eligible for the Rule 5 Draft at the end of the season if the Padres do not keep him on the 40 man roster.