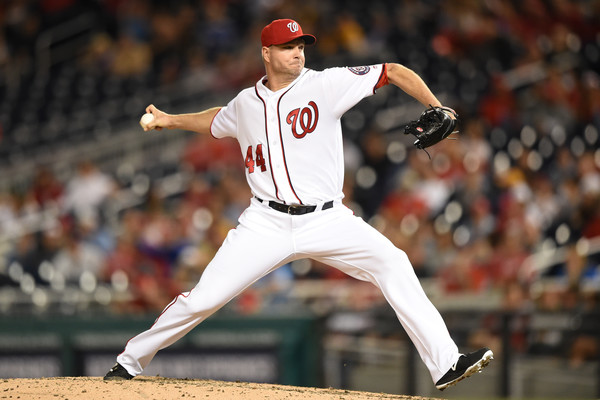 Ryan Madson will be the first to get save chances for the Nationals following the loss of Kelvin Herrera.

Nationals manager Dave Martinez also indicated on Wednesday that Koda Glover would also be an option to close out games should Madson’s workload become too much.

Madson will close for now, though they’ll still watch his workload like always. Glover could be used in high-leverage spots.