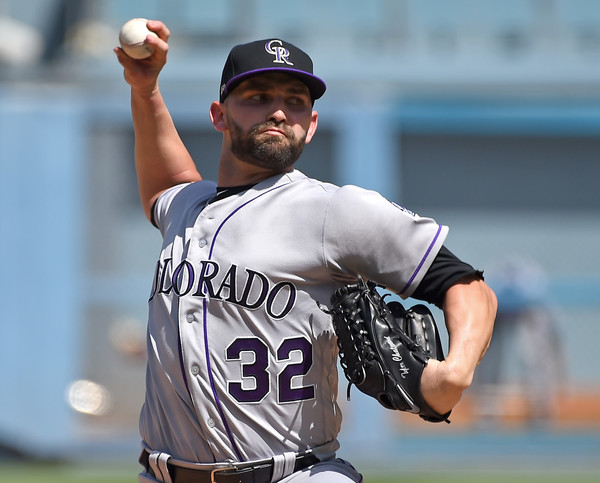 The Cubs quest for pitching help has led them to the signing of Tyler Chatwood.

Chatwood, 27, will make $38 million over the course of the deal with the Cubs. Pitching half his games at Coors Field, Chatwood actually has performed quite well but does come with some questions about how many innings he can pitch. His career high is 158 innings and he has twice undergone Tommy John surgery.

He is 40-46 with a 4.31 ERA in six major league seasons. Last season Chatwood was 8-15 with a 4.69 ERA in 33 appearances (25 starts) for the Colorado Rockies last season. He was tied for the league lead in losses despite the Rockies earning a Wild Card berth.

The signing of Chatwood does not remove the Cubs from the free agent market. They still likely need one more arm to be added prior to Spring Training. Alex Cobb and Lance Lynn are two names that continue to be linked to the Cubs and while the chances of Jake Arrieta returning appear to be slim a reunion has not been completely ruled out.

The #Cubs and RHP Tyler Chatwood have agreed to terms on a three-year contract through the 2020 campaign. pic.twitter.com/Jk4MwNojxk

While the Cubs could use Mike Montgomery at the back of their roration its believed that they would prefer him to pitch out of the bullpen. Montgomery had a 4.15 ERA as a starter and a 2.49 ERA as a relief pitcher last year.