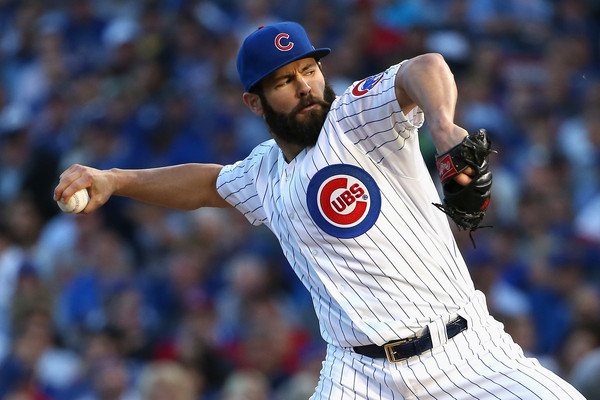 The Cubs and pitcher Jake Arrieta exchanged arbitration figures on Friday and there is a sizable gap between the two numbers.

Arrieta, 29, is coming off a Cy Young season and asked the Cubs for $13 million. Meanwhile the Cubs offered the 22 game winner just $7.5 million.

There is a lot of work to do should the Cubs and Arrieta want to avoid going to arbitration. The pitcher was projected to make $10.4 million in arbitration according to MLBTradeRumors.com which is the midpoint of the two numbers.

Sources: Jake Arrieta filed at $13M and the Cubs at $7.5M. By far the biggest gap this offseason.

Back in November Arrieta said he saw contract extension talks as inevitable but thus far there has not been more than a whisper in regards to a new deal. Perhaps more is going on behind the scenes or this may spur the two sides to ramp up talks.