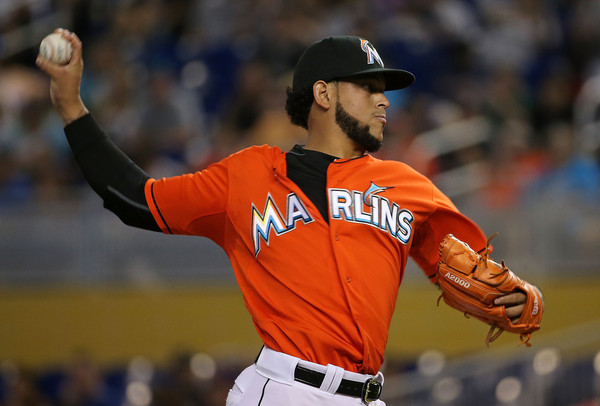 The Oakland A’s announce on Monday the signing of Henderson Alvarez to a one-year deal worth $4.25 million.

While the signing of Alvarez comes with some health risks as he is working his way back from shoulder surgery, the fact that the Miami Marlins opted to non-tender him earlier this winter came as a mild surprise. Alvarez was said to have garnered heavy interest on the free agent market.

That the A’s were able to sign the 25-year-old to a deal at just $4.25 million makes him a nice gamble. The A’s will have control of him though the 2017 season while Alvarez could earn another $1.6 million through incentives for games started.

Alvarez owns a career 3.80 ERA, 1.29 WHIP and a 296/129 K/BB ratio in 563 major league innings but was limited to just four games last season. There is belief that he will be able to throw off a mound come March and be ready to appear in regular season games by May.

In order to make room for Alvarez on the 40-man roster the A’s had to designate Arnold Leon for assignment. In 19 relief appearances last season the right hander compiled a 4.39 ERA.