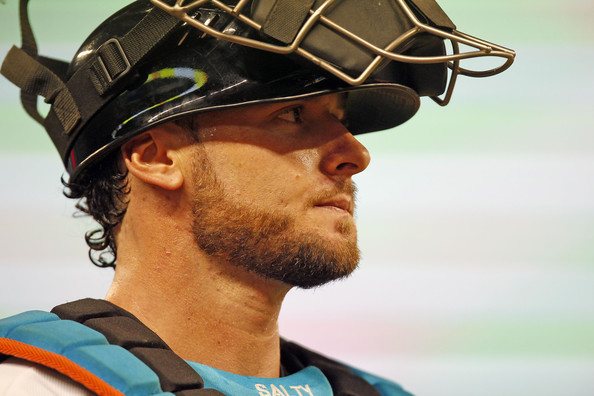 Jarrod Saltalamacchia has been designated for assignment by the Miami Marlins.

The Marlins gave Saltalamacchia a three-year deal worth $21 million prior to the start of the 2014 season but have been frustrated by the 29-year-old’s lack of production.

With J.T. Realmuto emerging as the Marlins option behind the plate the team simply activated Saltamacchia from the paternity leave list and then designated him for assignment.

The amount of money owed to Saltalamacchia will prevent anyone from claiming him, however once he hits the open market he should have little trouble finding a new home.