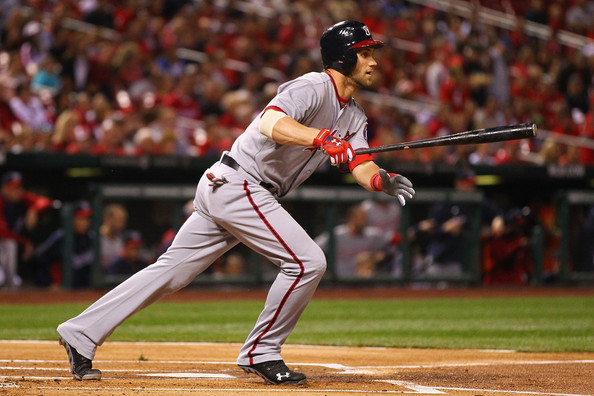 Harper did his share of hitting for the Nationals as he finished the season with a .270 batting average to go along with 22 home runs and 59 RBI. Harper was called up to the majors in late April and struggled early on before putting together an impressive streak of games over the summer. While a successful rookie campaign his numbers pail in comparison to those of AL Rookie of the Year Mike Trout.

Still those numbers were enough to beat out Wade Miley of the Arizona Diamondbacks and Todd Frazier of the Cinncinnati Reds for the award.

Miley, 26, pitched for the Arizona Diamondbacks in 2012. His chances to win the award may have been hampered by his status as a pitcher.

Still Miley would have been a more then deserving recipient of the award as he finished the year 16-11 with a 3.33 ERA, both of which were team bests. Miley also did his part to ensure that the Diamondbacks bullpen was not overworked as he pitched 194 2/3 innings while having a team best 1.18 WHIP.

Todd Frazier was hardly a regular at any position for the Cincinnati Reds. The right handed hitter found himself playing at both ends of the diamond filling in for Scott Rolen at third-base while playing first-base in the absence of Joey Votto.

All these numbers aside, we were just kidding ourselves. How was Harper not going to win the award after this exchange with a reporter.