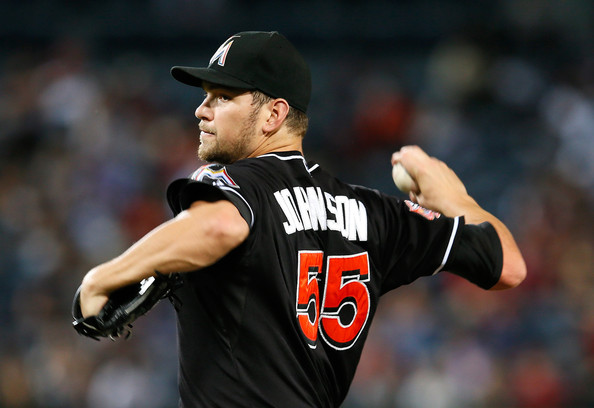 The Toronto Blue Jays are reportedly on the verge of acquiring right handed pitcher Josh Johnson, left hander Mark Buehrle and short stop Jose Reyes from the Miami Marlins among others.

This is a pure salary dump by the Marlins who had hoped that by signing high priced free agents and bringing in Ozzie Guillen to manage would give them relevance in south Florida. The plan has not worked thus far, earlier this off season Guillen was fired.

Mark Buehrle, 33,  is also heading to Canada. Buehrle was 13-13 with a 3.73 ERA last season. He previously had spent 12 years with the Chicago White Sox, many of which were alongside Guillen.

Emilio Bonifacio and John Buck are also said to be headed to Toronto.

If all goes as planned the Marlins would receive Yunel Escobar, Adeiny Hechavarria, Henderson Alvarez, Jacob Marisnick and minor leaguer Justin Nicolino who pitched at Class-A last year. (These are just the names that thus far have been reported)

Escobar could be flipped to another team for more prospects.

One person not happy about the trade is Marlins outfielder Giancarlo Stanto who tweeted “Alright, I’m pissed off!!! Plain & Simple”