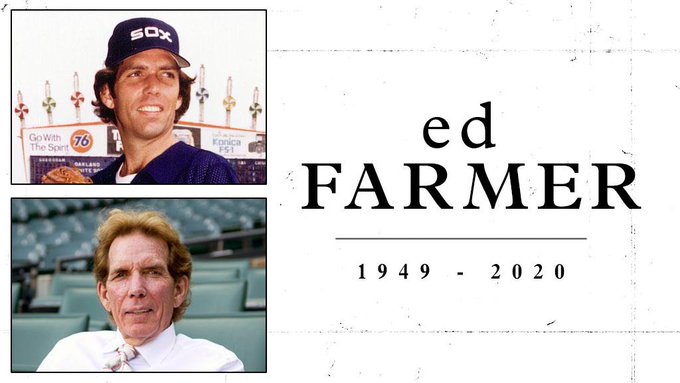 Ed Farmer spent nearly 30 years as the voice of the Chicago White Sox radio announcer, on Thursday the team announced he passed away at the age of 70.

Farmer spent 11 seasons as a big leaguer including 2 1/2 with the White Sox with the highlight of his career being a selection to the 1980 American League All-Star team.

Plagued most of his life by polycystic kidney disease, Farmer was an outspoken advocate for organ donation.

Farmer had not called any spring training games for the White Sox as Andy Masur had been working with Darrin Jackson prior to the coronavirus pandemic shutting down baseball. It was announced in early March that Farmer would not be calling in spring games to attend to the health issues which forced him to miss the end of the 2019 season.