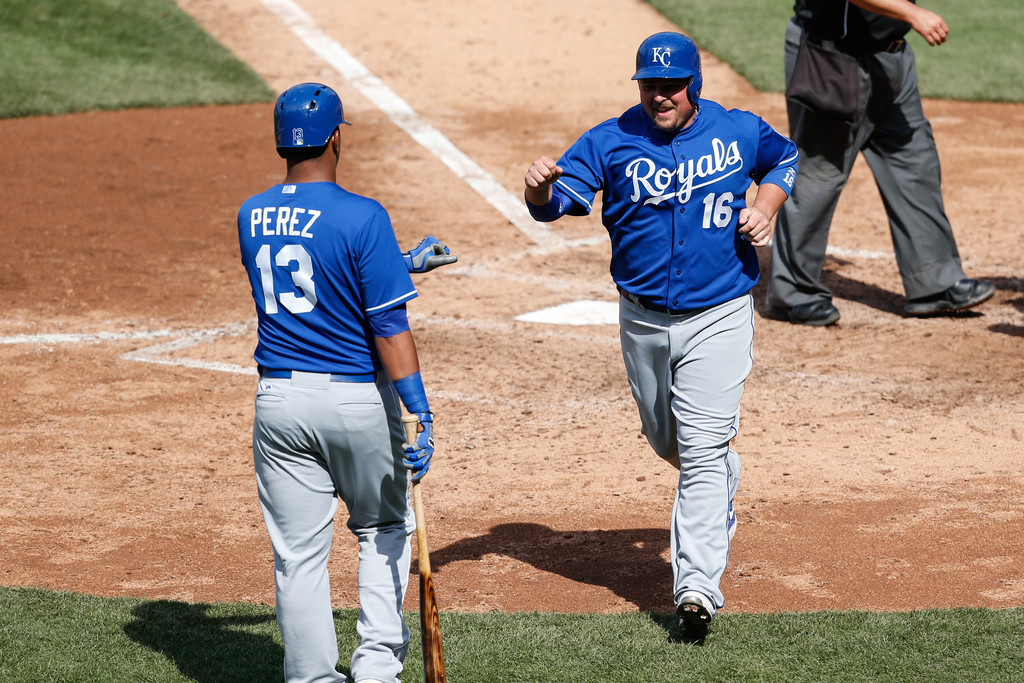 The Kansas City Royals won on Sunday thanks to the bat of Billy Butler. The 26-year-old drove in seven runs in a 9-8 win against the Philles.

Philadelphia plated four runs off of Kansas City starter James Shields in the first but the Royals cut the lead in half with two in the third.

Billy Butler took it from there.

In the fifth inning Butler hit a grand slam off of Phillies starter Cole Hamels. An inning later he laced a two-run single off Chad Durbin.

Alex Gordon drove in a insurance run in the eighth. It was needed as the Phillies mounted a comeback of their own in the ninth. The Royals needed three pitchers to get though the eighth but held on for a 9-8 win.