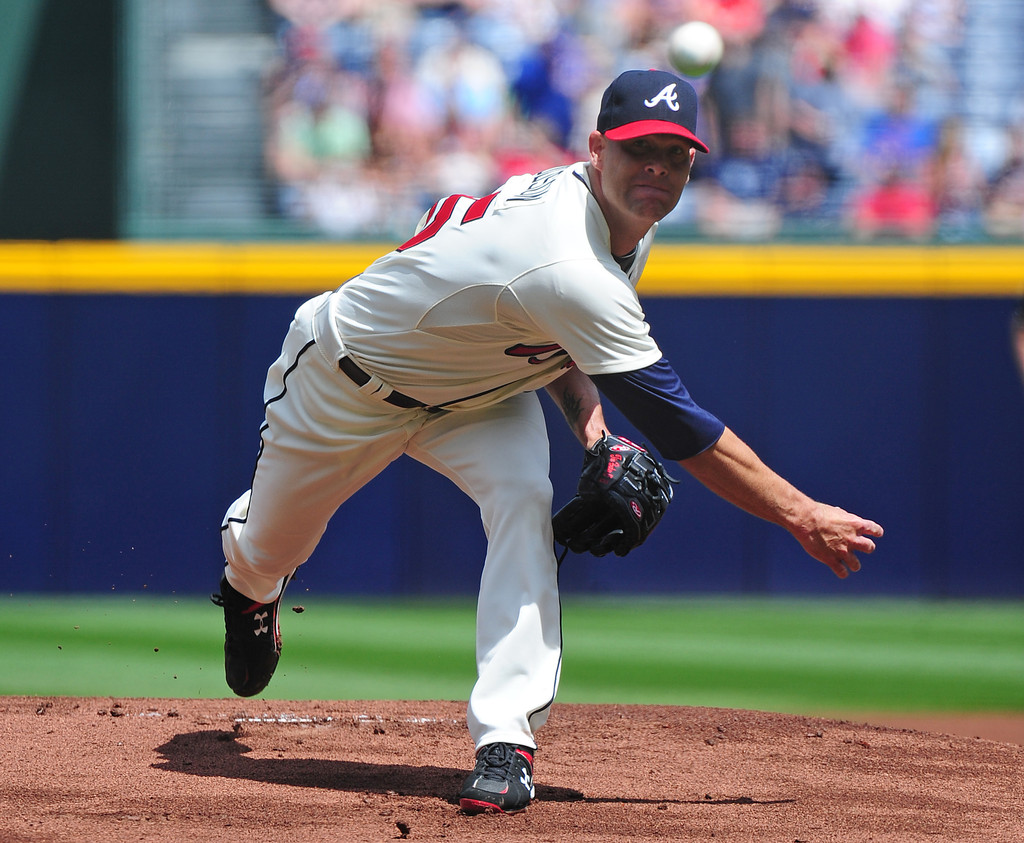 Tim Hudson pitched 6 1/3 innings in the series finale against the Cubs on Sunday. A day after the Braves rallied from a four run deficit in the final two innings they scored four in the fifth and sixth.

Hudson allowed one run and three hits while striking out seven. For much of the game Hudson was overshadowed by Cubs starter Jeff Samardzija who struck out thirteen. The Braves got to Samardzija in the fifth when control got the best of the Cubs ace.

Back to back wild pitches by Samardzija in the fifth allowed Braves shortstop Ramiro Pena to score in the fifth. In the sixth a walk, a single and a hit-by-pitch unraveled Samardzija. By the end of the inning a single by Hudson had given the Braves a 4-1 lead.