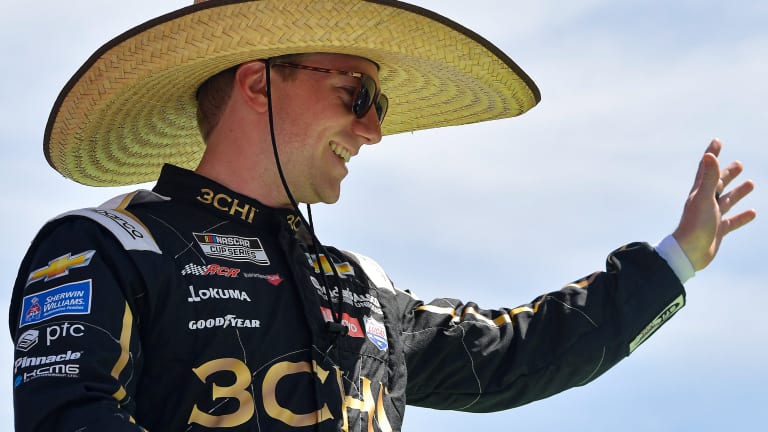 Tyler Reddick will drive the No. 24 Toyota Supra of Sam Hunt Racing in select races during the 2023 NASCAR Xfinity Series season.

Reddick, who won back-to-back series titles in 2018 and 2019, will first get behind the wheel of the SHR machine at Auto Club Speedway in February.

“It’s an honor to have Tyler, a multi-time Xfinity Series champion, join our team during a pivotal and incredible year for our company,” said Sam Hunt, owner of Sam Hunt Racing. “The excitement is already high heading into 2023 as we’re growing to a two-car, full-time operation, and to have his understanding of this series and these cars is invaluable. We’re excited to have him and his experience behind the wheel of one of our cars as our program continues to grow.”

As a 10-time winner in the Xfinity Series Reddick sees value for driving for the team as he moves over to 23XI Racing in the Cup Series following a run at Richard Childress Racing.

“I’m looking forward to the opportunity to run some races in the Xfinity Series with Sam Hunt Racing,” said Reddick. “This is a big year for their team as they move to full-time racing with two cars and I’m excited to be a part of helping them grow. This is also another great chance to get in a few more races with Team Toyota. As I’ve been preparing for my first season with 23XI Racing in the Cup Series, I’ve been really impressed at the resources provided by Toyota, so I know we’ll show up to the track with a chance to win.”

Ty Dillon will be sponsored by Ferris Mowers in a select number of NASCAR Cup and Xfinity Series races...
mlb

The Kansas City Royals have signed Johan Camargo to a minor league deal for the 2023 season. Camargo spent last...