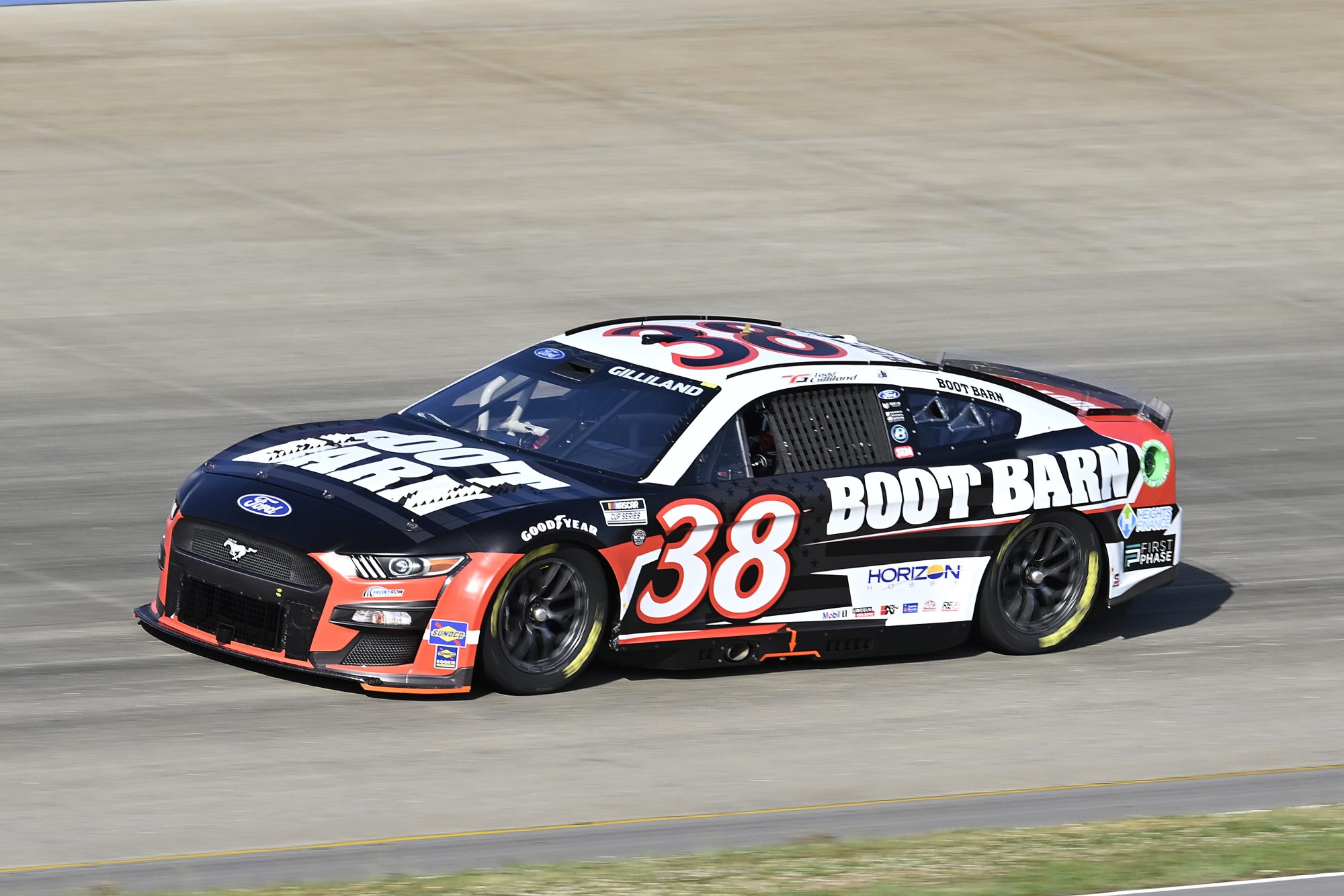 For the third consecutive season, Boot Barn, the largest western and work wear retailer in the nation, will partner with Front Row Motorsports (FRM). Expanding their partnership, Boot Barn will be the primary partner of the No. 38 Ford Mustang team for four races in the NASCAR Cup Series and will continue their partnership with the No. 38 Ford F-150 NASCAR Craftsman Truck Series championship team. New in 2023, Boot Barn will add various elements to bring fans closer to the FRM drivers and connect them with the Boot Barn brand.

A week later, Boot Barn will return to the Charlotte Motor Speedway as the primary partner on the No. 38 Ford Mustang to end an exciting month of racing and activities. They will again join the team at the Daytona International Speedway in August, the Kansas Speedway in September, and the season finale at the Phoenix Raceway.

“We are fortunate to have such a great partnership with Boot Barn because they really engage with the fans and our team,” said Gilliland. “I am just a huge fan of everyone behind Boot Barn and how great the cars always look. Hopefully, we can deliver impressive results in 2023 with Boot Barn on the sides and hood this season.”

Boot Barn will also serve as the primary partner of Zane Smith and the No. 38 Ford F-150 team for three races in the NASCAR Craftsman Truck Series as they chase their second championship. They will join Smith at Martinsville Speedway, North Wilkesboro Speedway, and Lucas Oil Raceway Park.

“Boot Barn was a huge part of our success last season,” stated Smith. “We never finished outside the top three when we raced with their scheme. This year, I want to put Boot Barn in Victory Lane. I also love what they are doing with our race shop and getting more fans involved, too. That’s pretty cool.”

“We are thrilled to continue growing our partnership with Front Row Motorsports into 2023,” said Stephen Loscko, Director of Marketing and Media at Boot Barn. “Todd and Zane really represented the Boot Barn brand well, both on and off the track. They are enthusiastic about our partnership, and we can’t wait to see what they accomplish in this new season.”