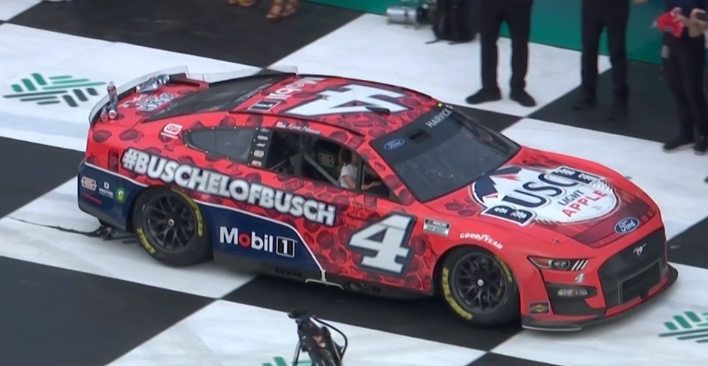 Kevin Harvick won for the first time in 65 races going to victory lane in the FireKeepers Casino 400 at Michigan.

Harvick won for the first time since 2019 while claiming his 59th career win, 10th-most all-time in the NASCAR Cup Series.

“Everybody who doubted us doesn’t know us,” said Harvick after the race. “They, obviously, know we thrive in these types of situations. And a lot of things went our way today, which we haven’t had all year long — have things go our way and have things fall our way.”

Currently their are 15 winners with a claim on the 16 spots in NASCAR’s Playoffs leaving just one position for a driver to go to the playoff via points. Ryan Blaney has a slim lead over Martin Truex for that spot as both are winless. However, if a winless driver were to win any of the next three races that driver would claim the open spot. If multiple winless drivers win then the points would break down by who was highest in total points.