6 U8 soccer drills that young players will love

U8 soccer drills are designed to build upon the foundational skills of U7 training. Young players at this stage will be able to kick a ball as well as know other techniques such as goal kicks and throw-ins. U8 drills help introduce young players to more complex skills and improve existing skills such as passing and shooting. The main focus of U8 soccer drills is improving individual skills rather than team concepts. The most effective drills will be the ones where each player has their own ball because this will allow them to focus on developing their own skills. To prevent young players from becoming overwhelmed, these soccer drills should focus on one drill at a time. U8 players will seek adult approval so one of the best things a coach can do is be encouraging of their players. Most importantly, U8 soccer drills should be fun! Kids should be excited to get on the field with their teammates. In this article, we’ll introduce you to some of the best soccer drills that kids will enjoy. We’ll also discuss some of the top drills on the Playform app that you can incorporate into soccer training for kids. 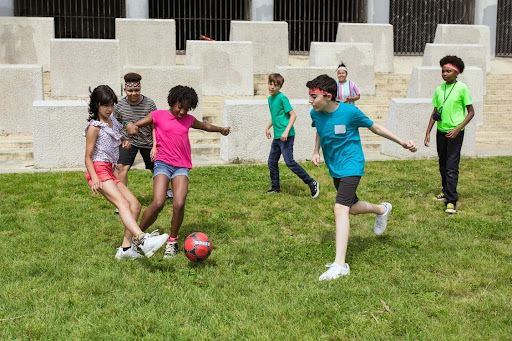 Another fun soccer drill is Smash and Grab. In this drill, each player begins with a ball. The player in purple is the Catcher and begins outside the area as the defender. At the coach’s signal, the players begin dribbling and the defender must attempt to take the balls off the other players. Once a ball is knocked out of the area, the player must attempt to combine with other players to help them possess the ball.

1vs1 from the end line

This 1vs1 drill involves an initial attacker at the far goal and a defender on transition that goes to to the near goal when they win possession. Points are scored by dribbling the ball through the cone goals. The flexibility of this drill means that you can adjust it to suit the needs of your players, depending on their age and ability. Attackers should attempt to get to the goal quickly and use their bodies to move past a defender. Since this drill involves dribbling skills, you might want some more practice. Luckily, the Playform app has dribbling drills perfect for all abilities.

In team tag, the team will be split into two groups with one having balls and one without. The players with the balls must attempt to hit below the knees of the other players with their ball. If they are successful, they receive one point. If they miss, they can retrieve their ball and try to hit another player. Play should last for one minute and which point the teams will switch roles. Each team should attempt to get a higher score each round they play. You can adjust the size of the grid depending on how many players are on the team.

Parents are always trying to get their kids to clean their room and that’s exactly the goal of this drill! Create a field with nine cones to create two halves. Soccer balls will be scattered all across one side of the field where the players will be. The coaches or opponents will be situated on the other half of the field. At the coach’s signal, players will race to the soccer balls and kick them to the other half of the field. The coaches or opponents must attempt to intercept the ball and kick it back to the other side. The drill ends when the players have managed to kick all the balls back to the other side of the field.

Musical chairs is a classic party game that kids of all ages love. That’s why this soccer drill is so popular! It works on the same basis as musical chairs but with soccer balls. In addition to being fun, this drill also helps develop reaction, agility, and speed. This drill works with any number of players so you can adjust it based on your needs. The soccer balls are placed in the middle of the field and there should be one less ball than the number of players. All players begin on the outside of the circle and can’t enter until the coach blows their whistle. At the whistle, they can run to the soccer balls and take one. One player will be left without a ball and they will be eliminated from the game. The drill will be repeated with one soccer ball being removed each time. On Playform, you can find more drills for improving speed and agility so players can practice their skills in between training.

Want to incorporate footwork into kids soccer training? Leave the ball is a drill that focuses on accurate footwork and attention to detail. Setup involves 6 cones going vertically, and 4 horizontally. Players should stand between two cones at the line of four cones and each should have their own ball. Soccer balls will also be set up between two cones in the line of six. On the coach’s whistle, the players will dribble forward to the set of six cones where they will leave their ball and pick up the other one. Then they make their way to the set of four cones by dribbling and weaving around the cones. The main aim of this drill is for players to focus on their footwork and keep their heads up while they dribble.

By incorporating these fun drills into soccer training for kids, you’ll help foster their love for the sport. In addition to being fun and engaging, these soccer drills encourage kids to work on the fundamental skills of soccer and become better players. For more effective drills, visit the Playform app. There you’ll find a wide range of drills to improve heading, dribbling, shooting, and passing skills. With Playform, the answer to becoming a better soccer player is right in your pocket. 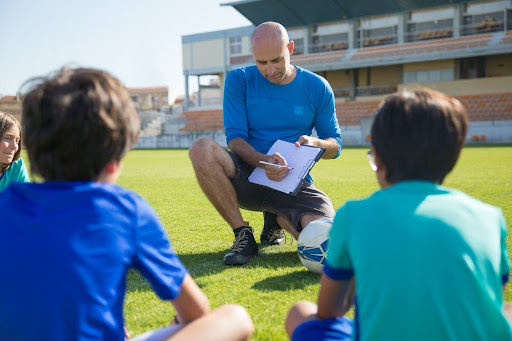