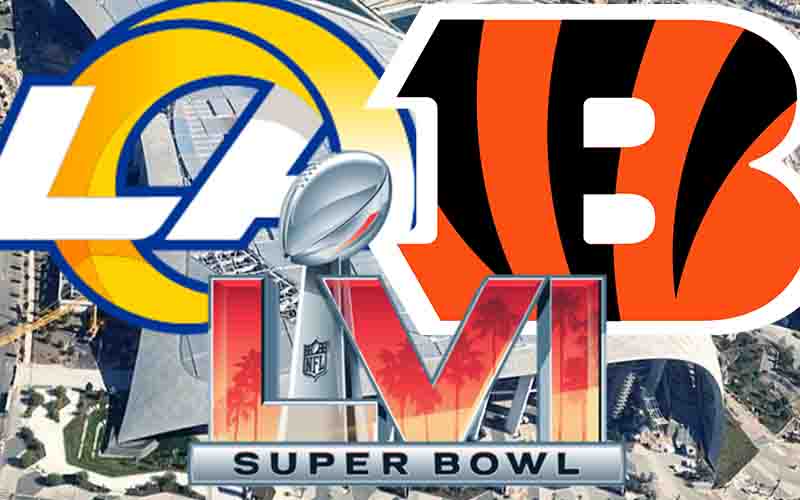 The Los Angeles Rams will enter Super Bowl 56 as the favorite against the Cincinnati Bengals.

For the second season in a row one team will not have to travel in order to appear in the Super Bowl. While they will be playing in their home stadium the Rams are technically listed as the visitor.

Coverage of the Super Bowl will air on NBC beginning at 6:30 pm ET.

The Rams are a 4 point favorite against the Bengals in what will be the largest sporting event of the season.

On the season both teams are averaging 27.1 points per game but the Rams have done a slightly better job at holding opposing offenses to 18.3 points per game compared the the 19.7 of the Bengals.

In what has been the longest regular season in NFL history, both teams enter the Super Bowl expecting their key players to be on the field. The Rams saw Cam Akers return to practice on Wednesday while the Bengals continue to list CJ Uzomah as questionable while head coach Zac Taylor remains optimistic that the tight end will be on the field.

Much of the attention for the game will turn to the quarterbacks. The Rams have Matthew Stafford under center in his first season outside of Detroit while Joe Burrow in just his second NFL season has the Bengals back in the Super Bowl for the first time since 1988.