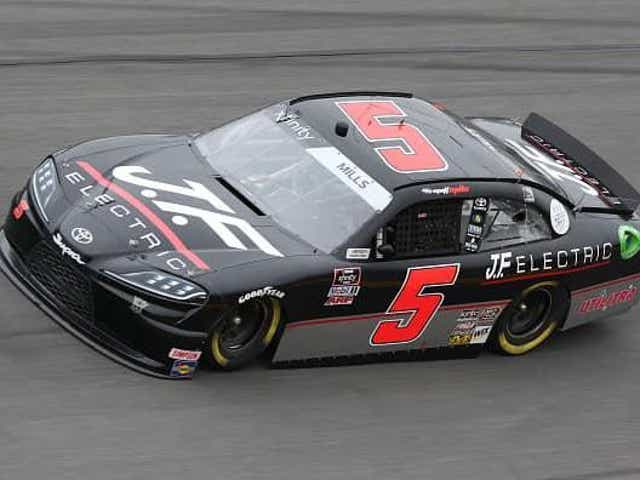 Matt Mills will return to drive for BJ McLeod Motorsports in the 2022 NASCAR Xfinity Series season.

Mills will get behind the wheel of the No. 5 Chevrolet for most of the upcoming season. The 25-year-old has made at-least three starts for the team in each of the last five seasons.

“I am excited for the 2022 season behind the wheel of the No. 5 Chevrolet,” Mills said in a team statement. “We have shown flashes of speed over the past several seasons and with some of the changes and improvements B.J (McLeod, team owner) has made, there is a renewed sense of optimism and excitement throughout the whole organization.”

Thus far J.F. Electric and Ultilitra have been announced as sponsors.

“Matt has been an important part of the growth of our race team the last several years,” McLeod said in a statement. “He stuck with us through some growing pains and has helped make our organization better. I believe his commitment and hard work, with the addition of some key personnel will lead to success for Matt and the entire team.”