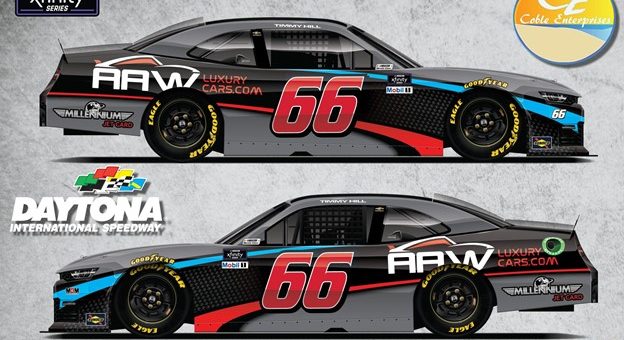 Coble Enterprises has returned to sponsor MBM Motorsports and Timmy Hill as a co-primary sponsor for the season opening NASCAR Xfinity Series event at Daytona.

Coble Enterprises and AAW Luxury Cars will be the primary marketing partners on the MBM Motorsports NASCAR Xfinity Series #66, which will be driven by Timmy Hill on February 19th in the “Beef. It’s What’s For Dinner 300” at Daytona International Speedway.