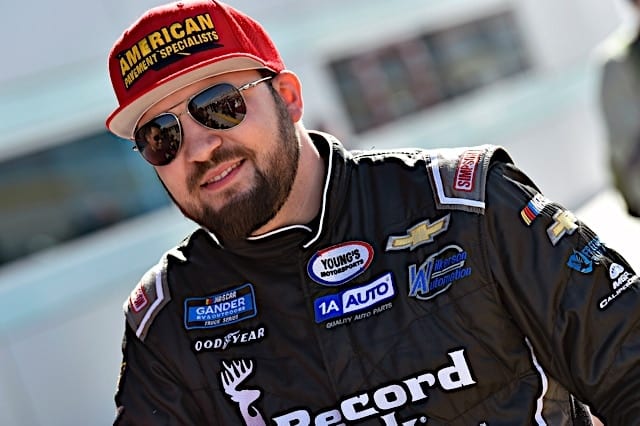 Spencer Boyd to switch to No. 12 at Young’s Motorsports

Spencer Boyd and Young’s Motorsports will be together for a fourth season in 2022 with the driver behind the wheel of the No. 12 Chevrolet Silverado in the NASCAR Camping World Truck Series. Previously Boyd had driven the No. 20 truck.

“Spencer has earned the No. 12 ride, plain and simple.  He works harder than any driver out there and I said last year that he is part of our growth strategy, so it’s great to be able to make that step with him,” said team owner Tyler Young.

Tate Fogleman drove the No. 12 truck last season scoring his first career win at Talladega. In November he was announced as the full-time driver of the No. 30 Toyota Tundra of On Point Motorsports.

Crew chief Ryan London will remain with the No. 12 team for the 2022 season.

“I’m excited every year to get back to the track and this year is no exception,” said Spencer Boyd.  “My schedule last season was jammed packed with seat time so I could get some different perspectives on my driving style.  Pickle and I are going to take what was learned in those laps and build on them with this No. 12 team.  They work their butts off each week and I’m going to make them proud.”

While the team declined to include any specifics about sponsorship when announcing the return of Boyd, they did say that some of their partners from previous years would return.

In his career Boyd has made starts in the Cup, Xfinity, and Camping World Truck Series. He won the 2019 fall truck race at Talladega.