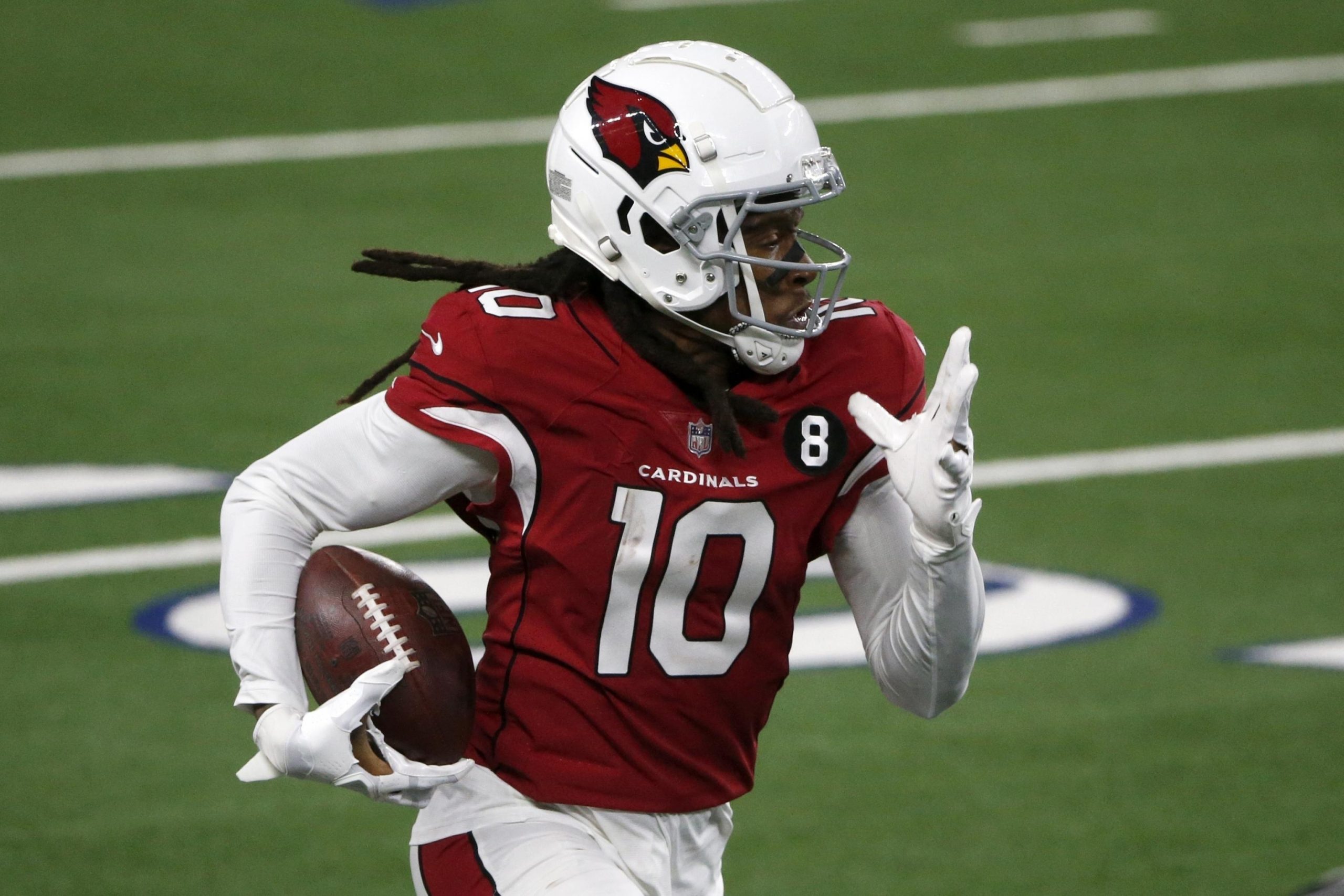 The Cardinals are expected to be without wide receiver Deandre Hopkins when they play against the Panthers later today.

Hopkins, 29, is dealing with a hamstring issue and did not practice at all this week after missing the Cardinals’ Week 9 game against the 49ers.

#AZCardinals WR DeAndre Hopkins, who didn’t practice this week due to a hamstring injury, is unlikely to play today, source said. Barring an unexpected turn, he should miss another game. WR Rondale Moore (neck) should be OK.

Without Hopkins the Cardinals figure to give more targets to A.J. Green who was activated from the reserve/COVID-19 list.

Hopkins has seen his numbers down a tad from last season as he has 35 receptions and 486 yards receiving though eight games. While Hopkins has found the end zone seven times this season, one more than his first year with the Cardinals, he has not yet topped 100 receiving yards in a game.