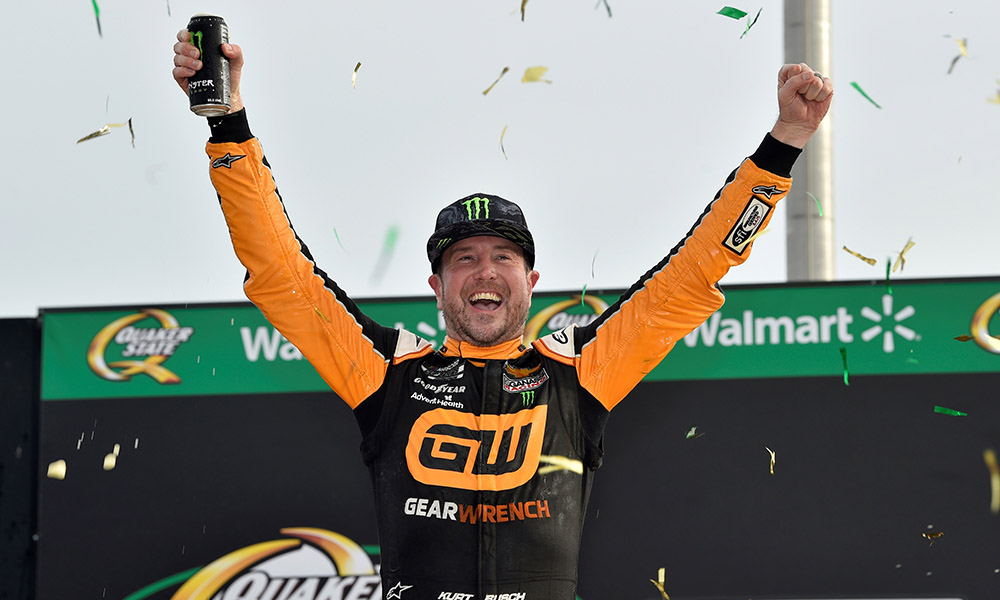 Just over a month ago Kurt Busch was over 100 points out of the final NASCAR Cup Series playoff spot. With a win in the Quaker State 400 at Atlanta Motor Speedway the driver of the No. 1 Chevrolet no longer has to worry about points as his playoff spot is now secure.

Busch relied on an assist from teammate Ross Chastain who held up Kyle Busch late in the race allowing the older brother to reel him in and assume the lead he had lost during the last round of pit stops which took place under green.

“Hell yeah, we beat Kyle,” Kurt Busch said after exiting his car. “I taught that kid everything he knows; he should be grateful. What a battle. What a genuine, awesome old-school racetrack and I just asked the track today last time here on your old asphalt, can I have an old guy win. And she answered. Thank you, Atlanta Motor Speedway.”

“This has been one of those years where I knew we were going to have our back up against the wall with trying to get above the cutoff line and race hard and race smart, and to have Gear Wrench in victory lane. This is their last race of the year, they’re with us all year, and with Monster Energy, I couldn’t have two great primary sponsors. What a Chevrolet today. Hell yeah.”

“Same as always, we just don’t have enough front end with laps on tires,” Kyle Busch said. “I had everything I had there early and then just smoked it behind the 42 [Ross Chastain], obviously. It shows you what kind of driver he is. And I just tried to fight hard after that when I got passed and had one valiant effort off of [Turn] 2 but didn’t have enough momentum to drag him down and make him go high in 3 and 4, and after that, the tires were smoked.”

The race was red flagged for 19 minutes as the third stage began after part of the racing surface came up. The track is scheduled to undergo a reconfiguration following Sunday’s race. 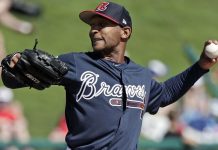 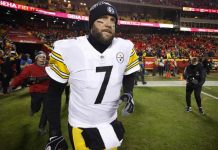 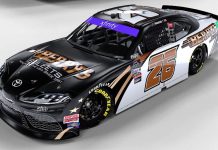