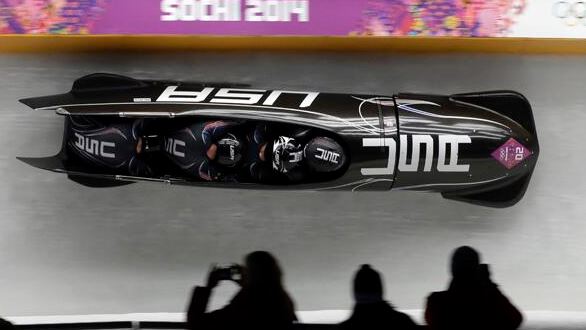 Four runs down the track will decide the winner of the four-man bobsled event. After two runs on Saturday in Sochi, United States 1 is sitting in fourth place. The final two runs will take place on Sunday.

United States 1 piloted by Steven Holcomb which includes Curtis Tomasevicz, Steven Langton, and Christopher Fogt was second after their first run but dropped to fourth after their second. The USA can take some solace in the fact that they are only 0.17 seconds out of the top spot.

Russia 1, Germany 1 and Latvia 1 are ahead of the United States 1.

Four years ago Holcolb piloted United States 1 to the gold medal in the four man event. He also was part of a two-man effort that earned the bronze, the first in 62 years for the United Sates.