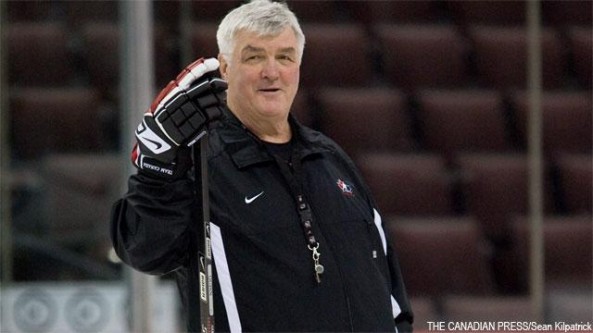 Legendary hockey coach Pat Quinn has passed away at the age of 71 after dealing with an illness.

Quinn’s death was announced on Facebook by the Vancouver Giants, a team he co-owns.

“Words cannot express the pain we all feel today for the Quinn family,” said Giants majority owner Ron Toigo in the post. “Pat was an inspiration to all of us. He always said that respect was something that should be earned, not given, and the respect that he garnered throughout the hockey world speaks for itself. He will be sorely missed.”

Quinn served as a head coach in the NHL for Philadelphia, Los Angeles, Vancouver, Toronto and Edmonton over a 30 year career. He ranks fifth on the NHL all-time wins list with 684 wins.

“We are deeply saddened by the passing of Pat Quinn” Jim Gregory, vice chairman of the Hockey Hall of Fame, said in a release. “Pat is one of hockey’s most respected individuals whose lifetime involvement as a player, coach and executive has made an indelible mark on the game, and our thoughts and prayers are with Sandra and all of Pat’s family and friends at this extremely difficult time.”