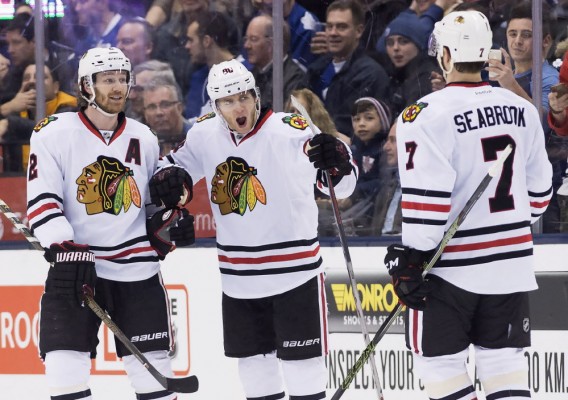 Patrick Kane scored a hat trick in Friday’s  win over the Maple Leafs.

The Blackhawks star scored a pair of goals in the second period before adding an empty netter in the third in what proved to be a 4-1 win. Kane was also give the assist on Artemi Panarin’s goal in the third period.

Kane leads teh league in goals, assists and points. He has 28 goals and 67 points in 47 games.

The Blackhawks have won ten games in a row. 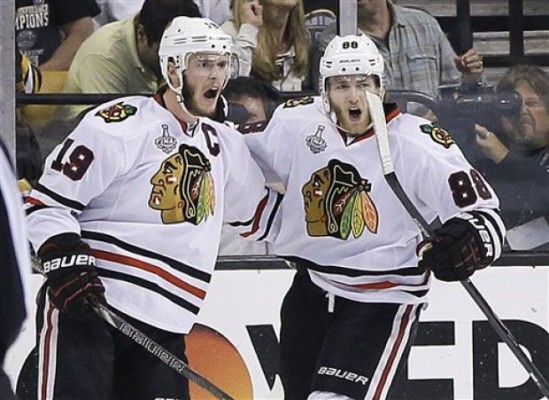