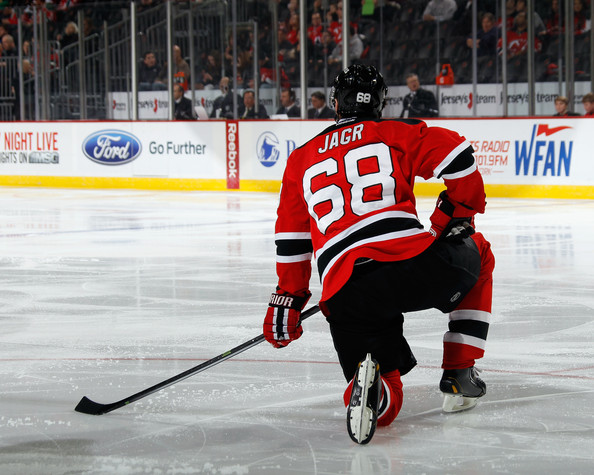 Jagr, 43, proved he still had plenty in the tank this past season scoring 24 goals and 67 points for the Devils while playing an average of 19 minutes a game. Jagr appeared in all 82 games for the Devils last season.

Currently seventh in all-time goals, Jagr can move up to sixth with three goals.  He is just 12 points behind Phil Esposito.

IT'S OFFICIAL! #NJDevils have re-signed right wing Jaromir Jagr to a new contract.

The news is not all that surprising. Jagr previously expressed interest in returning to the Devils for the 2014-2015 season.

“Like I said, I like it here a lot,” Jagr said following the Devils season finale. “No question about it. At my age, it’s pretty tough to change teams year after year. It took me at least 15 to 20 games to get used to the players. It’s not easy to play in this league, plus you have to get used to new players and new system. It’s tough for me and I don’t have many games left. So why waste 20 extra games?”