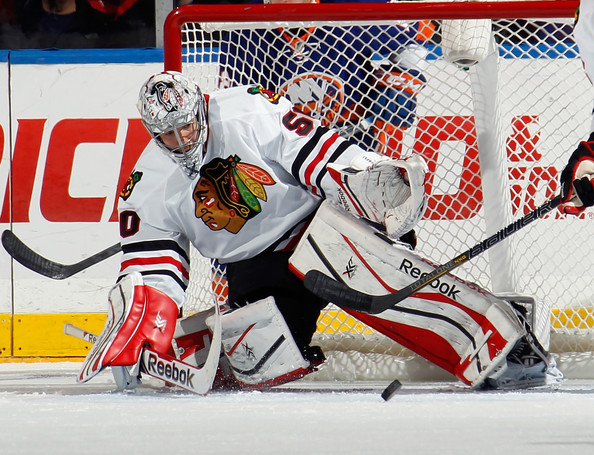 Corey Crawford will be in goal for the Chicago Blackhawks on Saturday for the Stadium Series game against Pittsburgh. The two teams will be playing at Soldier Field.

Crawford had planned to wear a special mask for the game but he says he never received it.

Anyone know where my Stadium Series Mask is? Cause we don’t #stolen? pic.twitter.com/fXOHZQuTDc

Crawford was seen skating around in his usual Blackhawks mask on Friday.

“I don’t know what to say,” Crawford told NHL Network, via Puck Daddy. “It just disappeared. It was supposed to be sent this week and they just mishandled it. It’s gone. We’re going to have to go to Plan B.”