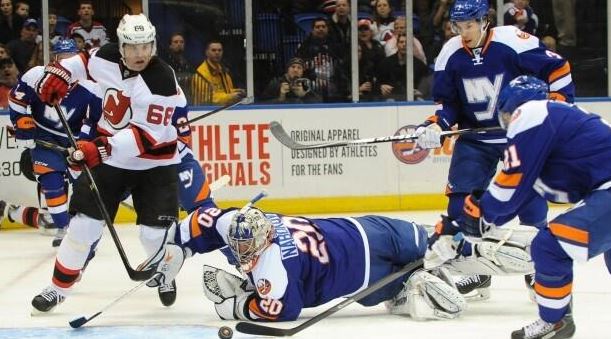 Jagr, 42, scored his 700th goal early int he second period giving the New Jersey Devils a 2-0 lead over the New York Islanders. They went on to win 6-1.

Ironically a good portion of the crowd showed up to see what could be Martin Brodeur’s last game for the Devils as the team is expected to move him before the trade deadline.