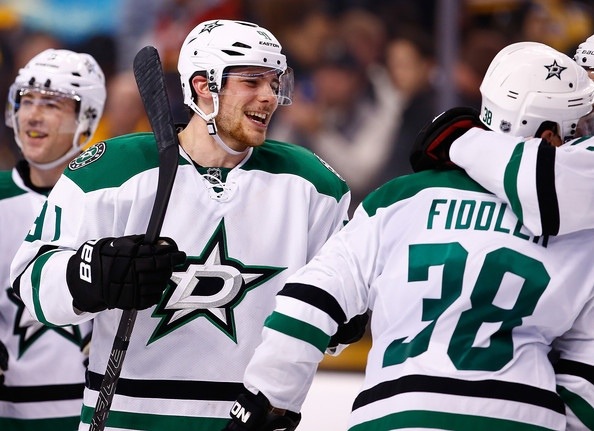 Tyler Seguin has missed the last two games for hte Dallas Stars with concussion-life symptoms but could play in Thursday’s game against the Toronto Maple Leafs.

Stars head coach Mike Heika said that that Seguin was improving and could be ready for tomorrows game, via Dallas Morning News.

He’s doing well. He did really well [Monday], he’ll be the one guy who will skate [Wednesday], and there’s a possibility he could play in Toronto.

Without Seguin the Stars defeated the Chicago Blackhawks on Tuesday.
If Seguin can’t play against Toronto, his next chance to get back into the lineup will be on Saturday against the Philadelphia Flyers.